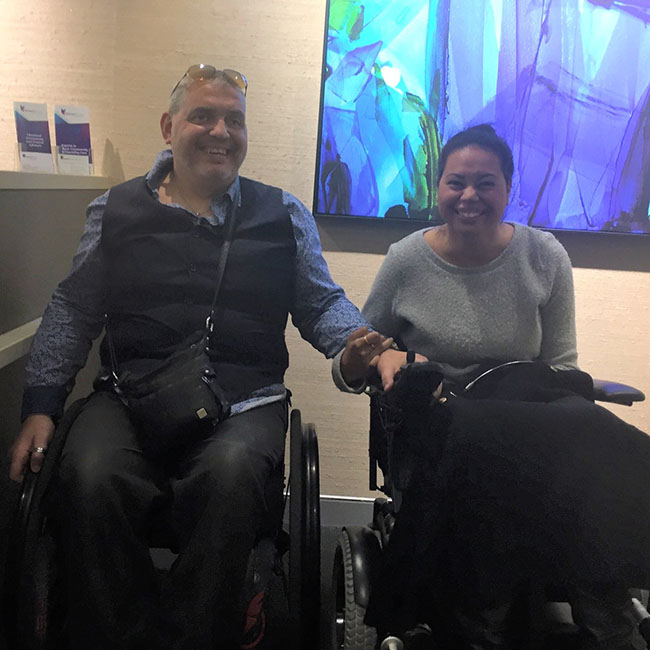 Ms. Asha Prasad receives round the clock care as the result of a stroke and was renting privately in a high rise building on a 12 month lease.

The issues for Ms Prasad were many and revolved around the numerous problems with the building. These included the fire alarm going off at all times of the day and night for no reason and the fire emergency phone constantly broken. In addition, the building’s lift was broken down more often that it was working and the entry door into the building was also persistently broken, meaning that Asha’s support staff had to leave her unattended to let the change-over staff into the building (in most instances taking the stairs down to the ground level and then back up to Asha’s apartment.)

Ms Prasad needs 24 hour care and the many defects in the building compromised that care. This had resulted in Ms Prasad, who recently moved here from New Zealand, very anxious and nervous due to her high level of support needs. The move to Australia had taken over 18 months to organise and these defects were adding continued disruption to her life.

Other stakeholders involved in Ms Prasad’s care were also unhappy with the situation she was in and had tried to intervene without success.  The Property Management team were not interested in the communications from Spinal Cord Injuries Australia (SCIA), so they advised Ms Prasad of the Tenancy Act and together Ms Prasad and her advocate applied to the NSW Civil and Administrative Tribunal (NCAT) to have her situation reviewed. Her advocate attended the NCAT meetings with her to assist in explaining the situation and the effect it was having on her wellbeing.

The conciliation at NCAT resulted in the lease being terminated without breakage fees (Ms. Prasad still had 5 months remaining on her lease.)

As a result of this outcome, her advocate was free to start working on having Ms. Prasad moved to a more suitable and practical location.