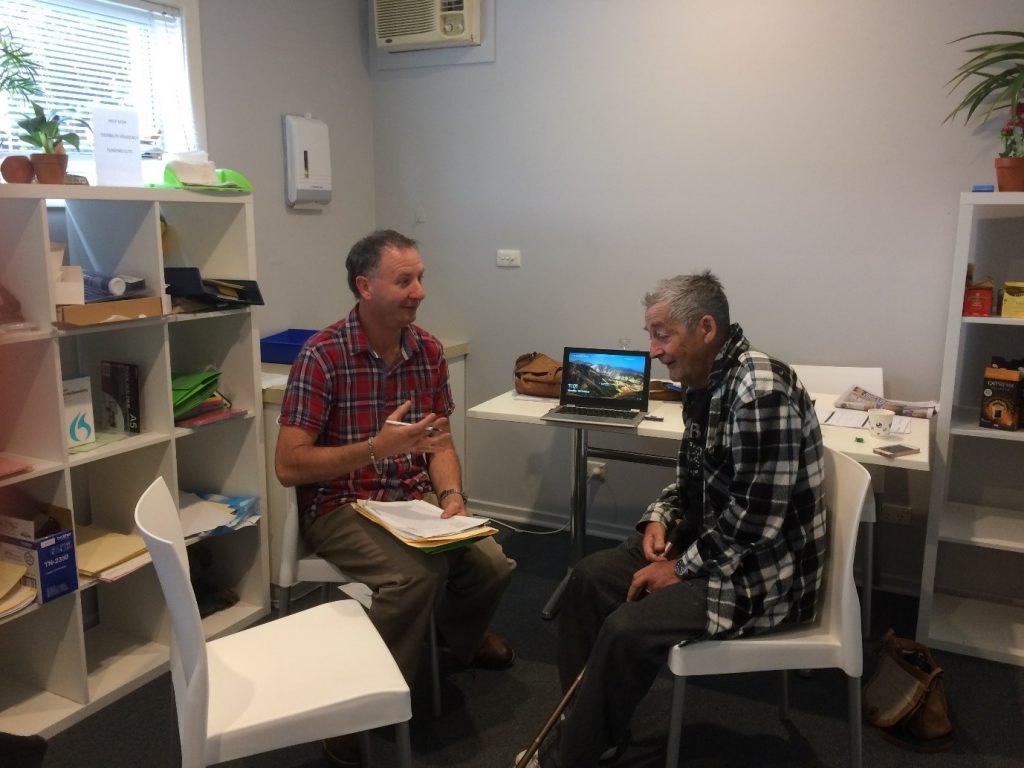 Keith is a 62-year-old man with a physical disability who is sought assistance from Disability Advocacy (DA) to revoke a financial management order that was put in place in 2011. The Mental health worker who made the application for the order allegedly obtained the wrong impression from an interaction with Keith’s daughter and subsequently they assumed from this interaction that Keith was inappropriately giving money away, which was not true. Keith’s medication was also unstable at the time as the doctors were trying to find the right answer to his health conditions. The financial order that was put in place greatly impacted Keith’s life and independence.

When Keith contacted DA in early 2017 the circumstances for Keith had substantially changed from when the financial order was originally taken out. Keith has been healthy physically and emotionally for quite some time. Keith has been undertaking a TAFE diploma course in fine furniture design for 3 years and will complete this course shortly and his life appears to be well rounded and productive. DA worked hard with Keith to gather supporting evidence for his application to revoke his financial order from 2 different specialists. In addition, DA negotiated with Keith’s current support service to provide a report which outlines Keith’s capabilities in managing his own money. With that report and the other supporting evidence, his advocate helped him prepare Keith won his case and is now back in control and managing his own money and life. Well done Keith.